So while I have been on holiday, I have  been to the dentist, been to the hospital, tried to make a start on the Christmas Shopping, redecorated my house on Animal Crossing New Leaf, tried to look for a new job and updated my iPhone to iOS7  – as well as some other things in between. Oh and keeping up the blog challenge, of course.

There still is a lot more that I could do over the next few days, it’s just that I don’t know what. I had thought about trying to learn a new skill while I was off. I was going to look at GIMP again for the first time in ages and see if I could get my head around it. In fact I did and I still can’t get to grips with it, which is fine. There are other photo editors available which are so much bloody easier.

I even thought about trying to learn a musical instrument – or at the very least reacquainting myself with one of the instruments  we have at home that I briefly fiddled about with before discarding out of frustration and/or boredom. Could have dug out the keyboard we had as a kid, or the harmonica I had as a youngster and see if I learn to play something other than “When the Saints Go Marching In” – the only song that the booklet that came with it showed you how to play. Of course, I wouldn’t be able to become an expert in such a short space of time but it would be another hobby, and I could do with more hobbies. Other than this of course.

On another note, when I grow up, I want to be able to build Lego models like these: 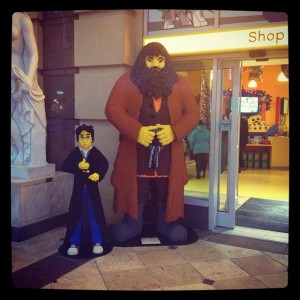 This site uses Akismet to reduce spam. Learn how your comment data is processed.

Previously on this blog…

Stuff I blog about

My Black and White World

Everything is Black and White

My Day Is Booked

A daily selection of the best content published on WordPress, collected for you by humans who love to read.

I dont have the answers, just a lot of questions.

Life under the thinking tree

One Chance to See the World
Bournemouth Girl

Planning the life you want

Welcome to my world.

Showcasing the best of European Films and Scripts at the FEEDBACK Festivals!

from passion to page

life ramblings of a 20 something.