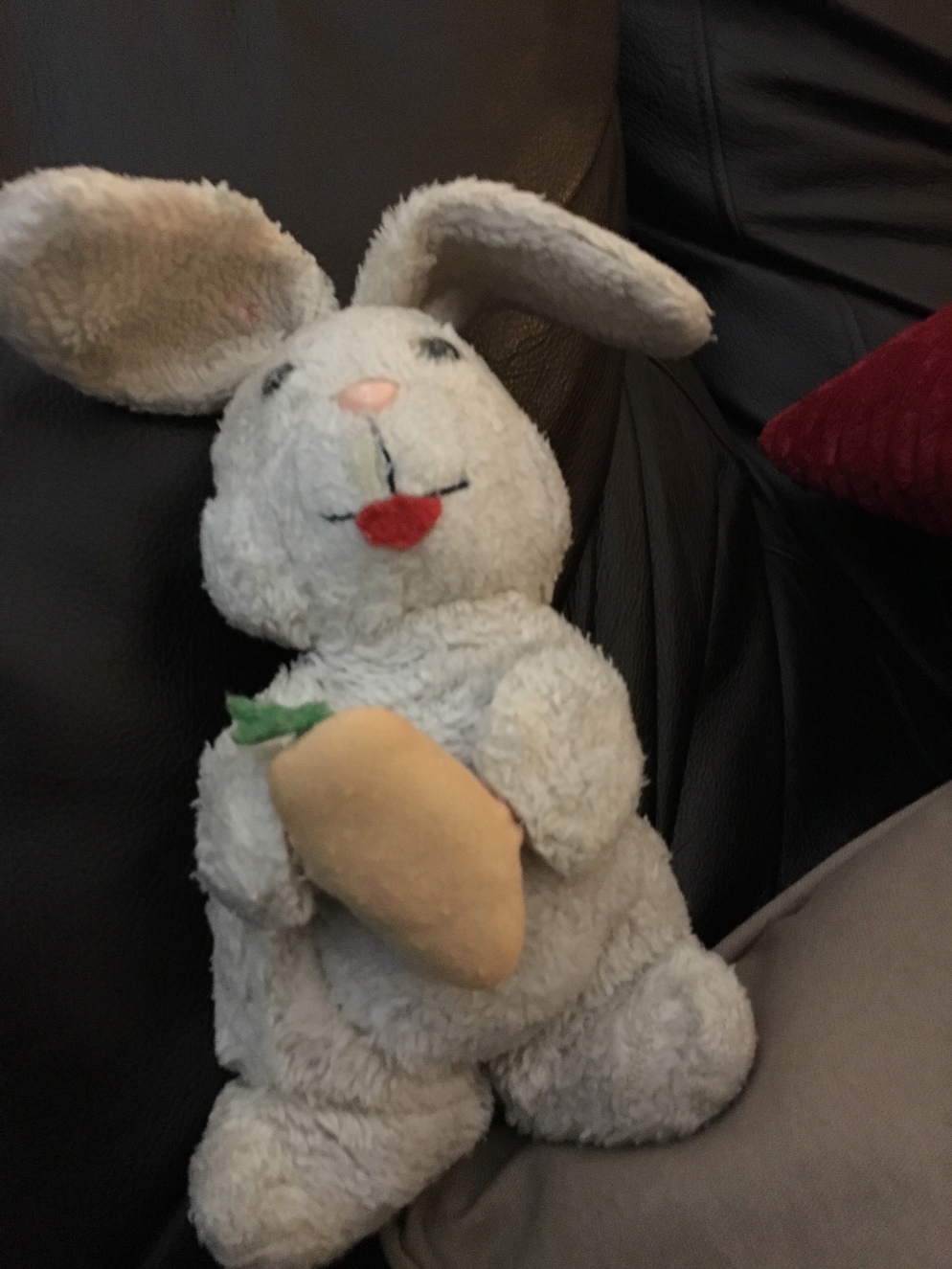 This is Bunny. I was given him by my Auntie and Uncle when I was a baby, and he was my favourite toy. As a kid, I would take him everywhere. On car trips he would sit next to me on the back seat. He was there through a lot of good times, and also a lot of horrible times. To my very young self, Bunny was more of a toy, he was my best friend. Even when I hit my teens and the bulk of my toys I used to play with had been stored away, Bunny was still there, perched on a table next to my bed.

As I grew up and moved onto university and adulthood, Bunny eventually joined the other childhood things that had been carefully put away. Those childhood things later became lost under a pile of grown up things (you find out when you move back home from uni just how much crap you acquire). I was worried that I would never find Bunny again. Both my Auntie and Uncle had passed away by then, so I was more upset at the thought of not being able to find him.

A few days ago, on my 38th birthday, there was a shiny pink box among the presents. I was told it was a special present, so I left it until last. As I lifted the lid of the box, there was Bunny. My sister had found him on the floor of our bedroom, a bit dusty and his ears having come apart a little. The people renovating our house must have uncovered him while they were moving stuff around. Mum had washed him twice and stitched him up. When I took him out of the box, he looked good as new, save for his eyes being a little bit scratched, the result of the time that I tried to make him fly as a toddler. Seeing him there and holding him once again got me all emotional. Out of all the presents I got that day, this was surely the best one.

Bunny now takes pride of place next to my bed. And I’m not going to let go of him.